We are to carry out badger surveys to determine if badgers are present on or within close proximity to a development site or to establish the status of badger activity in the surrounding area. We map the sett entrances and where impacts on badgers cannot be avoided, we advise on the mitigation measures necessary to allow works to proceed lawfully. We have experience in all aspects of badger survey and a good knowledge of urban and rural badger ecology offering surveys for any situation.

Why are badger surveys needed? 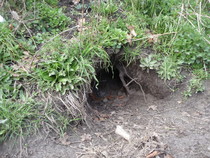 Badgers and their setts receive legal protection under the Protection of Badgers Act 1992. The Act makes it an offence to:

•  Intentionally or recklessly interfere with a sett.

Sett interference includes the disturbance of badgers whilst occupying their sett and the damage, destruction or blocking of a sett. Guidance on ‘What is disturbance?’ was issued by Natural England in June 2009. The guidance highlights Section 3(e) of the Protection of Badgers Act 1992 that makes it ‘an offence for a person to interfere with a badger sett by disturbing a badger that is occupying the sett.’

There are two elements to this offence:

1. There must be an action, capable of disturbing a badger, which amounts to an interference with a sett;and

2. a badger must be occupying the sett at the time of the disturbance. 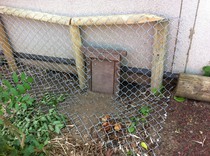 Where surveys show that development proposals will have an unavoidable impact on badgers or their setts, we can prepare a mitigation strategy, which may include measures to minimise disturbance, protect badger setts and pathways, and in some situations, close a sett using one way gates and fencing under licence from Natural England.